We book trips on a first come basis. Other destinations can be arranged.
We customize each trip length, and destination to fit your needs. Most of our trips range from 3 to 5 days. We meet at 8:00 AM the morning of the trip. Please contact us for the availability of openings, and dates.

Reservations: 2 person minimum to book catered trip. A single person may sign up, we will put you on a list. When we have a trip opening we will contact you. We require a deposit of $180.00 per person. The balance is due 30 days prior to the starting date of the trip. Reservations made less than 30 days in advance should include full payment. Upon receipt of your payment the dates you have selected will be secured, and you will receive further information.

Cancellations and Refunds: If received prior to the 30 days of the trip you will be given a full refund. If less than 30 days you forfeit your deposit. No refunds will be given if the trip is in progress. Broken Wheel Ranch reserves the right to cancel any trip for any reason, if this happens all fees will be refunded, or we can reserve a space for you on a subsequent trip if you wish.

Excellent pair of lakes. Lower lake set in a ring of lush grass, backed by tall firs, and hemlocks. Upper lake is
surrounded by cliffs. Both lakes are excellent for swimming. It’s a moderate to strenuous 2 1/2 mile hike.

There’s also a South Fork Dam round here. There was also the infamous Johnstown Flood of 1889 occured after the catastrophic failure of the South Fork Dam on the Little Conemaugh River:

“On May 31, 1889, after several days of unprecedented rainfall, the dam gave way. A torrent of water raced downstream, destroying several towns. When it reached Johnstown, 2,209 people were killed, and there was $17 million in damage.

This was the first major disaster relief effort handled by the new American Red Cross, led by Clara Barton. After the flood, victims suffered a series of legal defeats in their attempt to recover damages from the dam’s owners. Public indignation at that failure prompted a major development in American law: state courts’ move from a fault-based regime to strict liability. The Johnstown Flood became a symbol of the havoc, 20 million tons of water unleashed from the reservoir.

Part of the St. Michael neighborhood, and most of Creslo, of the town St. Michael-Sidman, Pennsylvania now sits on the bed of the former Lake Conemaugh.” (according to Wikipedia.) 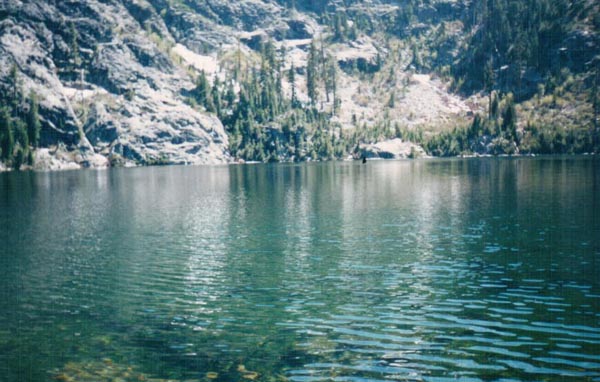 Hike through a forest broken by meadows, and creeks to a 52 acre stunning lake, set in a granitic basin. Day
hike to Campbell Lake, Man Eaten Lake, and Summit Lake. This is a 6.1 mile moderate hike one way. Hike along Shakleford creek through a forest broken by meadows to a 33 acre beautiful lake. Day hike to
stunning Cliff Lake, and Summit Lake. A 5.2 moderate hike one way.